It’s the busiest time of the year for people who want to get fit for summer, lose the Christmas lbs and get back into their weekly grind. I’ve had a huge amount of interest for Personal Training, for various different people and goals. But one thing that is quite common with everyone I am training & those I’ve met at Free Consultations is…They all want to see changes in the mirror!

I’ve had many people state that they want to lose body fat around their arms, tummy, hips, legs or just in general. Some have stated that they want a a similar figure of a celebrity. One thing that I’ve always stated with every client or potential client is that, whatever their goal, it requires a lot of hard work, consistency with training, discipline with food & patience. I will explain a perfect example of this.

Kelly Casey found me via Twitter via a friend recommendation. At the Free Consultation she stated that she wanted to gain upper body strength to perform a full body press up (A man press up in her own words) and improve her Cardiovascular Fitness. She has had Personal Trainers before, but she came to me because of my Sports Injury background as she has issues with her upper back/neck/shoulder. We then discussed how it was going to work, when she wanted to achieve her goals and what it was going to take to get what she wanted.

Initially we trained Monday & Wednesday evenings, then I slowly encouraged her to go running on a 3rd day to supplement the 1:2:1 training sessions. She stated that she hated running, but she was quickly converted as she saw my training for the London Marathon 2013 (1-0 to me). The training sessions were focused on:

We worked together to change her diet, looking to use the facilities at her workplace, making fresh food, the right quantities and time. I then educated her about how to look after her neck issues, and what to do with regards to training on her own. All sessions were varied and different to the last, something which I strive for as personally I can’t stand being bored!

A few speed bumps along the way, but in March she not only achieved her goal of a full body press up, but she performed 10 in one go! And then she got the running bug entered Run To The Beat 1/2 Marathon! We continued to train twice a week, either outdoors or at Define Fitness in Beckenham. The photographs below show her transformation in 7 months, which is very, very impressive! In the photos she is wearing the same clothes but in a smaller size in the ‘After’ photo showing off a leaner & fitter body. From November 2012 to June 2013 she dropped 3 dress sizes, lost 17% body fat and frequently texted me in frustration because she had to buy new jeans as they wouldn’t fit!

To conclude this post, its all good stating that you want to have this body, you want to see results etc. But in reality it takes time, a change in your lifestyle and commitment. But the results are worth every ounce of sweat, the hours of planning food, and all the small changes in lifestyle. 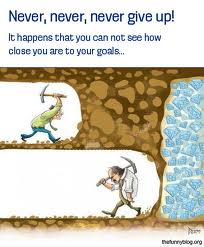 twitter feed@thepaulwilliams That’s just insane. I used to coach kids that age to score a try or catch a ball and go crazy when… https://t.co/Ns0lJODzTJ